I love the moment an idea sparks. I especially love hearing how it happened. How someone’s mind works, or what unusual thing spurred the creation of a book, song or any other form of expression that touches peoples’ lives or fills a need for its creator. More, I love brainstorming ideas with other creatives – what could be the start of a character, a story, a universe, or whatever and seeing where it goes.

We have this wonderful group, see, called World Indie Warriors 😉, made up of people from all over the world. Through them, I’ve heard about fantastic places, where Harry Potter was inspired, Game of Thrones was filmed. Walking on moors. Atmospheric places, with loads of history. Inspirational.

And I think, I live in Hawaii. People who don’t live here believe its exotic (and maybe it is, you should definitely come visit, if you haven’t). To me it’s home. One downside, though. Oahu, well, it’s an island. A beautiful island, with beautiful people and many cultures. It even has its own mythology, which is pretty awesome, in and of itself. I love it. But still, I live on an island. I haven’t been anywhere – worldly – really, and it’s difficult, when travelling is so cost prohibitive. Growing up, it was those other places I day-dreamed about, inspired by people like those in our group. Those places, those people, they were the rest of the yellow-brick road that I personally started down, maybe not with ruby slippers, but with the “slippahs” on my feet.

So. To the point. We were talking about maybe doing a series of blogs highlighting places and people and maybe even things that inspire, at our monthly meet up.

It sparked my imagination. 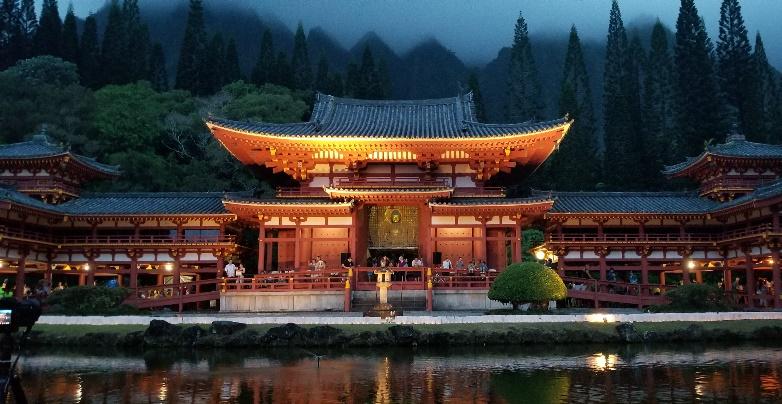 I thought I’d start things off with a couple of pictures of the Temple that inspired the Emperor’s Palace in my novel, Splinter, Trapped Souls Book I. This book is what came after the simple idea of two brothers, unknowingly fighting on the opposite sides of a conflict, and blossomed into a three-novel fantasy series (with Fracture, Book II, due out this year).

Once a year the Byodo-In Temple holds a lantern festival in Temple Valley on Oahu – these were taken this past year – there is truly a dreamy quality, watching the lanterns floating by, knowing the koi are swimming beneath the still surface, catching a glimpse of the black swans that live on the grounds. The Imperial Palace in my book is different, of course, but when I think of it, I still see this in my mind’s eye. 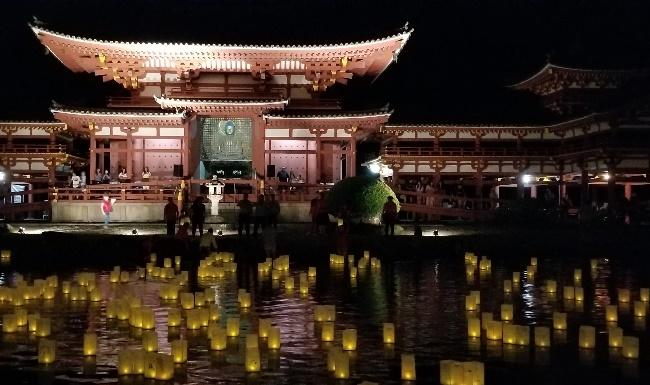 I’m so excited to see what other inspirations may be posted here in the upcoming months by my fellow WIW’s.

What inspires you, when you’re feeling creative?